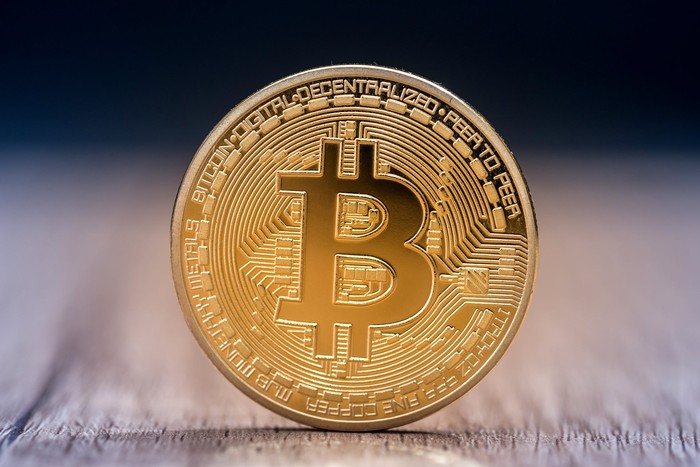 Should You Invest In Bitcoin in 2021?

Since its inception in 2009, Bitcoin has been the subject of millions of news articles and reports, so there’s a good chance that you’ve heard of it. You may even have considered investing in it but have been unsure about its long-term future. While all investments carry a certain amount of risk, there are regular reports of people selling their cryptocurrency for incredible amounts. On January 8th 2021, the price of Bitcoin hit an all-time high, and that’s been attracting more people than ever to start looking once again at the feasibility of investing in the most high-profile cryptocurrency.

Financial markets have been buzzing around cryptocurrency since its inception, and there are two schools of thought among financial professionals. Some believe that there will be an inevitable market crash, while more reliable people believe that Bitcoin is here to stay and that it will reach ever higher prices. The good news is that even if you have never bought Bitcoin or other cryptocurrencies, in 2021 it will be easier than ever, no matter where you live in the world whether it Canada, Japan, or Australia. For example, if you live in Australia, the latest country to see a growing trend of cryptocurrency adoption, thanks to the abolition of double taxation, and still don’t know where to start, take a look at this guide on how to buy bitcoin in Australia. A study of this process will let you understand that buying Bitcoin and other cryptocurrencies is easy, safe, and fast. Questions related to banking services, the choice of the exchange and storage of virtual coins are no longer complicated  Now maybe one of the best times to start learning more about crypto, because love it or hate it, but there’s no escaping its potential to change the world. And you should be definitely ready for this.

In the early days of 2021, Bitcoin exploded once again into the cultural landscape. That’s largely due to the announcement by online payment platform PayPal that they would start allowing users to buy, sell and hold Bitcoin (and a select variety of additional cryptocurrencies). While this is yet to launch, and will initially only be available to those users in the United States, it could be the biggest shift in crypto acceptance since its launch. That’s because the almost 26 million merchants that use PayPal will now have the option to accept payments in crypto, which means it will be easier than ever to spend and save. When it comes to an alternative currency, Bitcoin is rapidly outpacing gold in terms of value, and the future looks very bright for those that take a risk on Bitcoin in 2021.

There are plenty of options if you’re looking to invest in cryptocurrency, and Bitcoin isn’t your only choice. While Bitcoin is the most well-known, giving it a big advantage, investors are looking closer at those smaller cryptocurrencies that still have dramatic scope for growth. If Bitcoin seems like too heavy an investment, it might be worth taking a closer look at:

Of course, although Bitcoin has become significantly more mainstream in recent years it doesn’t mean that other cryptocurrencies will follow the same path. That means investing in a lesser-known alternative could be a risk that you simply won’t get with Bitcoin.

The Future of Bitcoin

The future currently looks very promising for the most popular and well-known cryptocurrency. While many believe that digital money is going to eventually replace national currencies, that transition is a long, long way off. Part of the problem for Bitcoin is that it is still viewed by many through the lens of its origins, where early reports into its potential highlighted the fact that it was originally used mostly by hackers and drug dealers on the dark web. That’s another reason why the announcement by PayPal helped the price of Bitcoin to soar. That legitimization has been a boon for those that have already invested in Bitcoin, and as the service becomes global, the general public will suddenly have an easy way to buy and sell Bitcoin. That’s always been a barrier to more widespread adoption, simply because members of the general public generally have no concept of mining for crypto, how crypto exchanges work, or how to minimize investment risks.

Is Bitcoin Safe to Invest in?

When you look at the more traditional investment markets, such as forex, stocks, and commodities, it’s common knowledge that there are going to be risks. Recessions and financial collapses can happen out of the blue, meaning that the money you’ve invested is gone. The valuation of Bitcoin when looked at historically, shows high levels of volatility, with high spikes followed by deep crashes. However, as more and more people start looking at Bitcoin as an investment option, those crashes are occurring at fewer intervals. Of course, for some investors, that volatility is the reason for their renewed interest in Bitcoin. While spikes can cause big losses, they can also lead to remarkable profits.

It seems as if there has never been a better time to invest in Bitcoin. It’s never been easier to get involved, and as more businesses start accepting crypto payments, more of the general public are going to get involved. Despite uncertainties, it looks like Bitcoin is here to stay, and for investors, that could be the opportunity they’ve been looking for.