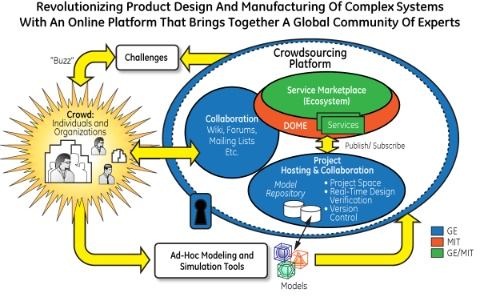 Crowdsourcing Software and the Other 3 Cs of Innovation Critical thinking is essential to innovation and creativity. Some people don’t understand this, because thinking critically is based on theory and processes, whereas creativity is about free form. However, the two can coexist very well. In fact, they are true partners. Through crowdsourcing software, someone can put forward an idea, which is all about being creative. But others then review it through critical thinking. This, in turn, makes them more creative and encourages the original idea poster to think critically about what is being said.

Innovation cannot exist without curiosity. People must want to know about the “what ifs” and the “whys”. Even if they believe they already know, they are curious to find out whether they were right or not. Crowdsourcing software encourages people to be more curious because it makes them look at other people’s ideas, while at the same time finding out what people think about their ideas. But mainly, with curiosity, people can learn to think outside of the box and reframe certain issues.

Crowdsourcing and the Customer

Last but not least, the customer has to be central to all operations relating to innovation. Again, crowdsourcing software can make this possible, because customers can be added to the process. Not just that, however, but everyone in the team must agree that whatever they do is for the benefit of the customer. And this is something they can discuss through crowdsourcing software as well. It brings everybody together and challenges people to talk about their ideas and how those can impact the customer.

Is Your Team Proficient?

It is very important that you, as the leader, determines whether or not your team is proficient in the 3 Cs, and that they know how to use the crowdsourcing software. The next time you have a team meeting, therefore, you should ask yourself:

If you find your team isn’t being as innovative as they could be, then focusing on the 3 Cs is the best place to get started to turn your business into a modern functioning one.